The bicentenary of Gustave Flaubert's birth is an opportunity to stay in Normandy to discover all the places and museums related to the life and work of the writer. Normandy is a land of inspiration for the author. His work is an invitation to travel in the alleys of Rouen of the 19th century and in the surrounding countryside. The villages of Tôtes or Ry are allusions to Charles and Emma Bovary. While reading Un coeur si simple, the novelist will take you to Honfleur and Trouville-sur-Mer. He stayed there about fifteen times. With the duo Bouvard and Pécuchet, the peregrination continues in Caen and Falaise. 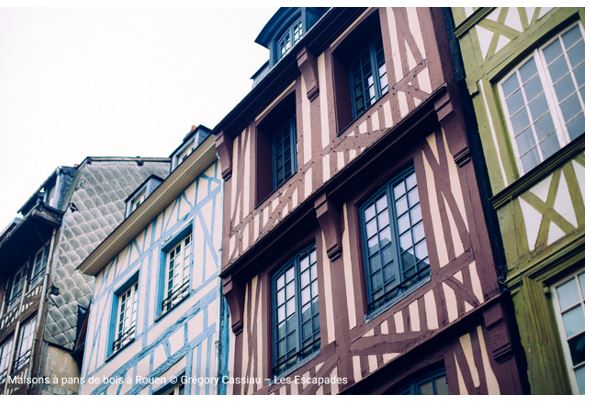 Gustave Flaubert was born in the city of Rouen in Normandy on 21 December 1821. He was educated at the Lycée Pierre-Corneille in the heart of the city, and did not leave until 1840, when he went to Paris to study law. He was born in at the Hôtel-Dieu, where his parents had an apartment and his father worked as a surgeon. The building now houses a museum, the Musée Flaubert, dedicated to Flaubert and the history of medicine.

Rouen Cathedral was a source of great inspiration for Flaubert. Head inside to the north aisle of the quire to see the beautiful stained-glass window of Saint Julian which inspired Flaubert’s short story, La Légende de Saint-Julien l’Hospitalier (The Legend of St Julian the Hospitalier). Also worth a look in Rouen Cathedral is a low-relief stone sculpture that inspired the scene where Salomé dances on her hands in Flaubert’s short story, Hérodias. Visitors on a Flaubert-themed pilgrimage to Rouen can stay at the eponymous Hôtel Littéraire Gustave Flaubert just off the old market square. Alternatively, they could opt for the opulent Hôtel de Bourgthéroulde, thought to be the inspiration for the Hôtel de Boulogne, where Emma met with her lover in Madame Bovary. 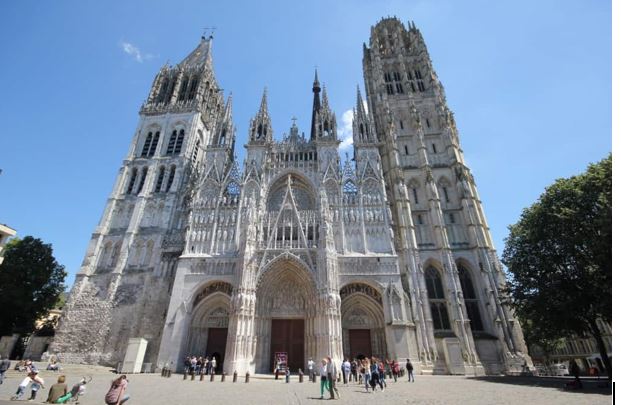 ROUEN - Museum of Flaubert and the history of medecine

A museum with a dual medical and literary vocation. Gustave Flaubert's birth room with memories of his youth and family portraits. Surprising and unique medical collections such as a 6-seater sick bed, a leech perch, an eighteenth century delivery dummy, a unique piece Museum in France.Museum that has a lot of charm thanks to reconstructions: cabinet of curiosities, apothecary, dental cabinet 1910. The visit ends with the garden of medicinal plants. The museum is open from Tuesday to Saturday and visitors can take a Flaubert-themed tour in French, English or Italian (must be booked in advance). 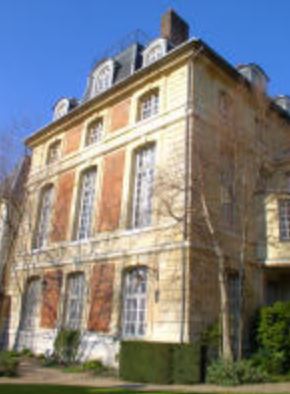 The Pavillon Flaubert is all that remains of the Flaubert family home in the hamletof Croisset just outside Rouen. It was here that Flaubert lived for 35 years and wrote most of his stories. From 1851 to his death in 1880, Flaubert’s life and the inspiration for his work were mainly inspired by this house and his relatives in and around Croisset. The pavilion now houses a small museum displaying objects that belonged to the author, such as writing equipment, portraits and engravings. Visitors can take a one-hour tour in French or English (booked in advance). Flaubert’s book collection is housed nearby at Canteleu town hall. 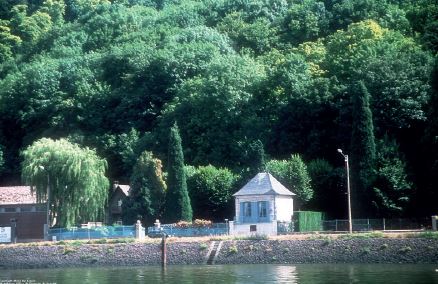 The "Père-Lachaise" of Rouen and high up, the "monumental" is also a picturesque and fascinating way to read Rouen's history. The tombs and monuments evoke the different eras and glories of the city. Gustave Flaubert is buried there, along with other illustrious figures who are honored by Boieldieu, Louis Ricard, Raymond Duchamp-Villon, Marcel Duchamp... The Monumental Cemetery of Rouen is labeled Remarkable Cemetery of Europe. 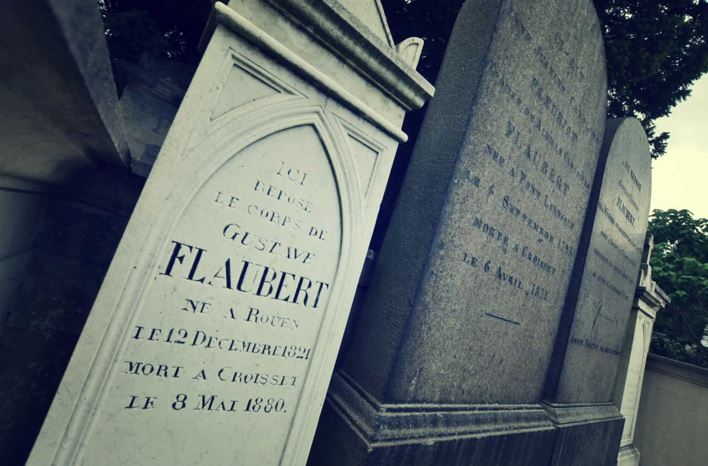 This application aims to modernize the tourist offer by proposing an interactive visit of the city of Rouen during a journey of about 1h30 in autonomy in the city, on the theme of the life of Flaubert and his work Madame Bovary. Contents: 8 points of interest in Rouen: Notre-Dame de Rouen Cathedral, Statue of Flaubert, Place des Carmes, Bust of Louis Bouilhet, Esplanade Marcel Duchamp, Entrance to Rue Eau de Robec, City Hall, Lycée Pierre Corneille, Hôtel Dieu, Mini-games and questions related to the point of interest, Anecdotes on the life of the author and his work. Visit the Rouen Tourism website 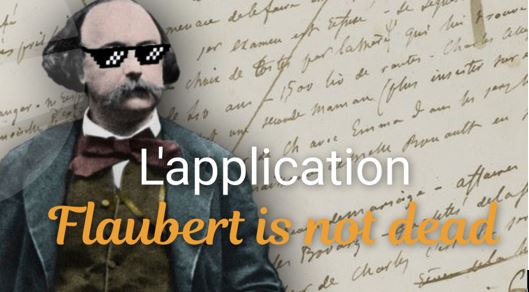 THE VILLAGE OF  RY - Seine-Maritime

While Flaubert was in the Middle East and southern Europe in 1851, a local scandal took place in the village of Ry, east of Rouen, where the wife of a certain Dr Delamare had killed herself at age 27 after her husband and general ennui drove her to have affairs and get into debt. Her husband died soon after, leaving their daughter behind. A friend of Flaubert encouraged him to turn this drama into a novel, and althought Flaubert later declared that Madame Bovary was pure fabrication, the similarities between this tale and the story of Emma Bovary speak for themselves. It is commonly thought that Yonville-l’Abbaye, where the novel is set, is based on Ry. As a result, the village has become a tourist attraction in itself, with the building believed to have been the Delemare house now a Madame Bovary museum, and a Bovary Gallery exhibiting scenes from the book. You can even visit the grave of the real-life Charles Bovary, DrDelamare, at the local church. 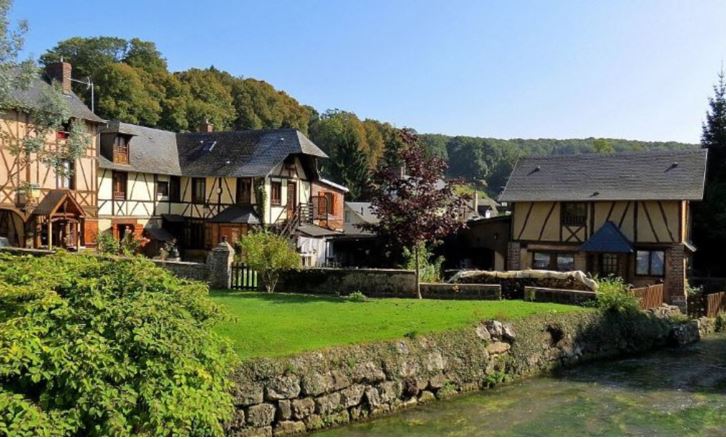 Ten miles south of Ry, the picturesque village of Lyons-la-Forêt, officially recognised as one of the ‘most beautiful villages in France’, has not changed much at all since Madame Bovary was written, so was chosen to be where both Jean Renoir and Claude Chabrol’s adaptations of the novel were filmed. In 2013, the film Gemma Bovery, which drew many parrallels with Flaubert's novel, was also filmed in Lyons la Forêt. 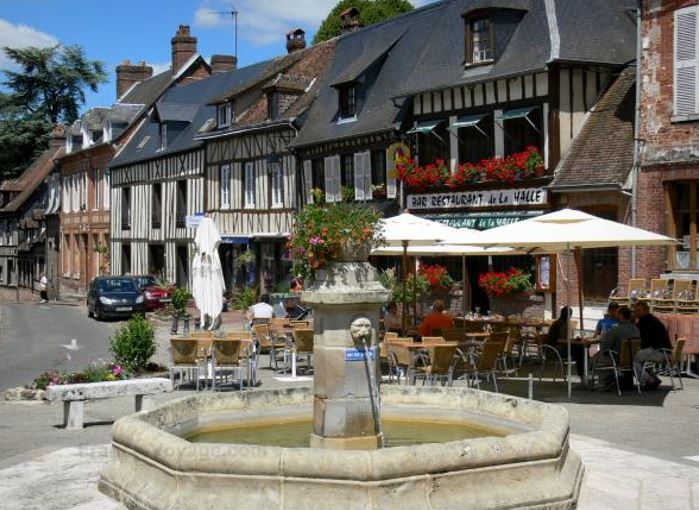 As a child, Flaubert spent many family holidays just outside Pont-l’Evêque, not far from Trouville-sur-Mer. Un Coeur Simple (A Simple Heart), his short story of a small-town maid Félicité and her beloved parrot Loulou is set here, in the traditional cheese and ciderproducing region known as the Pays d’Auge. The colourful half-timbered buildings and flower displays around the town’s Place Jean Bureau are not thought to have changed much since the days in which Un Coeur Simple was written. Visitors on a Flaubert-themed pilgrimage to Pont-l’Evêque can stay at the nearby Domaine de Geffosses, the old farmhouse where Flaubert used to stay.
. 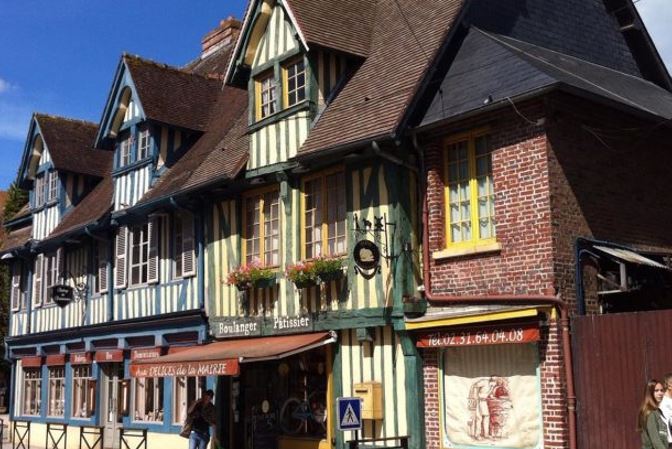 Flaubert and his family spent their summer holidays in the pretty seaside town of Trouville-sur-Mer in 1836, when he was 14. It was on the beach here that Flaubert met and became taken with an older, married woman called Elise Schlesinger, who would become the inspiration behind Madame Arnoux, the main character in his 1869 novel, L’Education Sentimentale (A Sentimental Education). It was also in Trouville-sur-Mer that Félicité spends the summer holidays with her new employers, the Aubins, and bumps into her long-lost sister Nastasie in Flaubert’s short story, Un Coeur Simple (A Simple Heart). Visitors on a Flaubert-themed pilgrimage to Trouville-sur-Mer can stay at the Hôtel Flaubert on the seafront. There is also a statue of Flaubert next to the Barrière casino commemorating the writer's links with the town. 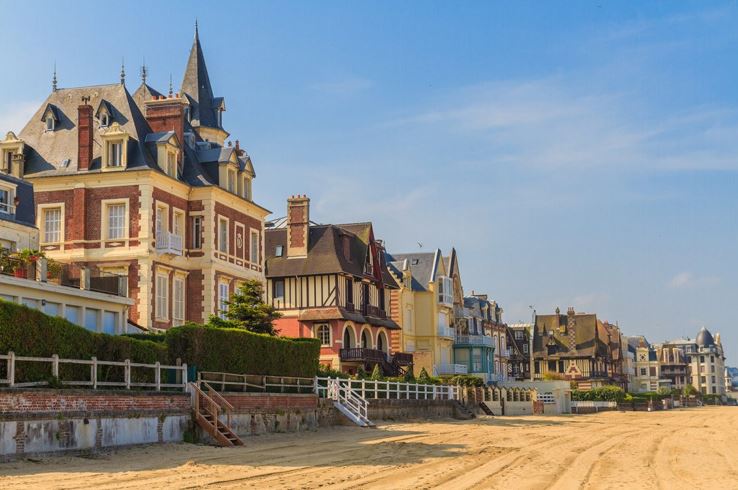 PONT-L’EVEQUE : IN THE FOOTSTEPS OF FLAUBERT
Guided tours of Pont l’Evêque run by the local tourist office and themed around Flaubert’s
novel Un Coeur Simple (A Simple Heart), which was set in the town. Stops on the tour include
St Michael’s Church, the Allée de Grieu, Les Hunières, the garden at the Hôtel de Brilly and the
Domaine de Geffosses. Tours will be followed by a reading from Un Coeur Simple.

CANTELEU (NEAR ROUEN) : TOURS OF FLAUBERT’S PRIVATE LIBRARY
Canteleu will be running guided tours which will focus on the history of the library and the
novelist’s book collections, with anecdotes, quotations and extracts taken from Flaubert’s
works. Visitors will also be able to see the archived collection of nearly 250 dedications and
annotations by Flaubert, not usually accessible to the public.

LYONS-LA-FORET : LYONS PUTS ON A SHOW
The Lyons-Andelle Tourist Office will be running guided tours of Lyons-la-Forêt, the village
where both Claude Chabrol’s 1991 and Jean Renoir’s 1934 Madame Bovary films were shot.
The tour will feature all the places where filming took place, as well as explain how exactly
Lyons was transformed into the fictional village of Yonville-l’Abbaye for the films.
Visitors to Lyons-la-Forêt can also follow in the footsteps of the characters in Madame Bovary
on a free self-guided tour of the village. Starting at the Lyons-Andelle Tourist Office, locate
all the photo panels around the village, which mark the main filming locations for both Renoir
and Chabrol’s films. Maps are available in paper form from the Lyons-Andelle Tourist Office or
digitally via their website.

ROUEN : HORSE-DRAWN CARRIAGE RIDES WITH EMMA AND LEON
This tour is inspired by the famous scene in Madame Bovary where Emma and Léon meet at
Rouen Cathedral, and starts off with a tour of cathedral before setting off in a horse-drawn
carriage, just as they did in the book. Once on the move, your guide will tell you all about
Flaubert’s Rouen as you pass the places he went when he lived in the city. Tickets: €6.50,
Concessions: €4.50

ACROSS THE SEINE-MARITIME DEPARTMENT: DINE WITH FLAUBERT
As part of the new literary-culinary initiative A Table avec Flaubert, a number of restaurants
across the Seine-Maritime department will be serving a Flaubert-inspired menu from now
until December 2021. Visit atableavecflaubert.glideapp.io to download the mobile app and
find out which restaurants are taking part in the initiative.

FLAUBERT 21 MERCHANDISE
Flaubert 21 branded products are available to purchase from a number of shops and
museums across the Normandy region, as well as online at seinemaritime.fr

EUROSTAR TO PARIS THEN TRAIN: Rouen, Pont-l’Evêque, Trouville-Deauville and Le Havre are accessible by train from Paris Saint-Lazare station. eurostar.com/uk-en | en.oui.sncf/en CAR: If you’re driving from the UK via the Eurotunnel, Normandy is a 2.5-hour drive from Calais. eurotunnel.com/uk

IRISH FERRIES: Sail from Dublin to Cherbourg in 18 hours, with up to four overnight ferry crossings a week. irishferries.com/uk-en

STENA LINE: Sail from Rosslare to Cherbourg in 18 hours, with a choice of three overnight ferry crossings a week. stenaline.co.uk

BRITTANY FERRIES: Sail from Rosslare to Cherbourg once a week (crossing time: 18 hours).brittany-ferries.co.uk

PLaces to stay that either inspired or were inspired by Flaubert

LA LICORNE HOTEL & SPA**** IN LYONS-LA-FORET: Boasting a Michelin-starred restaurant, this hotel sits in the village where both Madame Bovary films were shot. hotel-licorne.com/en

DOMAINE DE GEFFOSSES IN PONT-L’EVEQUE: This farm where Flaubert stayed during his childhood has been converted into self-catering accommodation. domainedegeffosses.fr/en

For any further information

For help planning your trip, visit the Normandy Tourism website: