Engagement of the Founding Communities of Flaubert 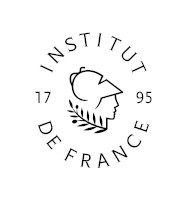 Académy and DRAC of Normandie

The state mobilizes for the bicentenary of the birth of Gustave Flaubert. The writer is enrolled in the baccalaureate 2022. Many projects will be carried out within the framework of the Arts and Cultural Education of the students of the academy. The DRAC and the Académie de Normandie collaborate on the scientific committee and promote the organization of events that will mark 2021.

The University of Rouen Normandie (URN) has long been involved in the study, in the broad sense, of Flaubert’s work, in particular through the research conducted by the Ceredi laboratory, of which the «Flaubert Site» is one of the jewels. She is also the main partner of the Flaubert Foundation, which supports research in the human and social sciences and whose name was chosen as a tribute to the writer. Participating in the celebration of the bicentenary of the birth of Flaubert, as part of the association «Flaubert 21», therefore makes sense in more than one way. Conferences, conferences, translation, publishing and reading workshops, shows, exhibitions, news contests, etc. this program, proposed in collaboration with many partners, illustrates the different missions of the university: teaching, research, culture, dissemination of knowledge. So, it is with enthusiasm that we contribute to this beautiful collective project that is «Flaubert 21».

In order to pay tribute to Gustave Flaubert, this illustrious Norman, the Normandy Region is piloting an original initiative led by a steering committee «Flaubert 21», associating the communities related to the life or work of Flaubert. The Normandy Region wished that the commemorations of the bicentenary of the birth of Flaubert, resulting from public and private initiatives and included in the calendar of national commemorations by the Institut de France, are organized throughout its territory and brought to the attention of as many people as possible, in accordance with its commitment to cultural rights and as part of its plan to revive culture and tourism.

The Flaubert 21 committee identifies, labels and values all Norman projects. A Scientific and Cultural Committee has been set up to guarantee the quality of events labeled by the communities gathered around this major project. The Flaubert 21 calendar is now full of meetings and exchanges open to all. In order to involve as many people as possible in this national commemoration, the Normandy Region is organizing a festive and surprising meeting with the City of Rouen and its Metropolis on November 20, 2021. We invite you to join us for this great gathering full of surprises that will animate our streets and walls and will involve all residents to pay tribute to this illustrious Norman and the richness of his work. 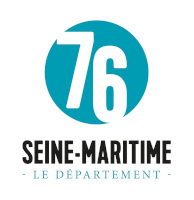 Flaubert, inked in Seine-Maritime
In 2021, the Seine-Maritime Department commemorates the bicentenary of the birth of Gustave Flaubert through an exceptional cultural year. The life and work of this major writer of the nineteenth century are indeed intimately linked to our territory, from the Alabaster Coast to the Seine, passing through the countryside cauchoise or brayonne so well described in his novels. To pay tribute to him, the departmental cultural programme will be entirely dedicated to him. A multitude of initiatives, especially in the departmental sites and museums, will accompany the Flaubert year: exhibitions, conferences, gardens, shows and re-enactments, books, devices with colleges, collaborations with restaurants, etc. 200 years after of Flaubert's birth, the Department of the Seine-Maritime is invested with passion to share with the greatest number the modernity and universality of the author of Madame Bovary. 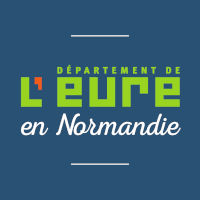 We have the privilege of participating in the Bicentenary Flaubert 2021 through several events with a unique theme: cinema.

Lyons-la-Forêt, a delightful Euroise village, hosted the filming of Madame Bovary’s two film adaptations, in 1934 by Jean Renoir and in 1991 by Claude Chabrol. With our local partners, we organize a photographic tour through the village to discover the locations of the shooting. Outdoor cinema sessions are also planned.
The other two events are for high school students. We will distribute a book containing two books by Gustave Flaubert and include classes in cultural and educational projects. In keeping with our cultural policy, the Bicentenary allows us to promote cinema, public reading, heritage and live entertainment.

Gustave Flaubert is us! And first Rouen. 2021 will surely be the year Flaubert. This immense local writer of international renown will be honoured throughout 2021 on the occasion of the bicentenary of his birth. A rich, diverse, original sequence, a legitimate tribute to this Rouen literary giant. 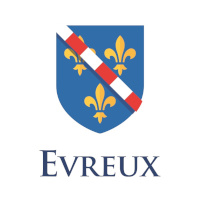 Two cultural institutions of the city of Evreux, the museum and the media library Rolland-Plaisance, are mobilized alongside the Normandy Region on the commemoration of the birth of Flaubert, in 2021. The city of Evreux wanted to place its audiences at the heart of the offer developed for this event by establishing moments of sharing and transmission.

The Pays d'Auge marks the life of Gustave Flaubert from his adolescence until his death. Pont-L'Evêque, Trouville and Deauville played a decisive role in the personal construction of Gustave Flaubert and in the awakening of his literary sensibility. In a Normandy finally reunified, the most universal of writers, born in Normandy, has, beyond his birth and his Rouen ties, become attached to the Pays d'Auge, his other Norman territory. A common space, in regular connection with the agglomeration of Rouen, where in the nineteenth century, on a family and sentimental mode, he built a space of life and inspiration. Gustave Flaubert is the founding writer and the foundation of Deauville’s literary heritage.
I am therefore delighted with the creation of this great and ambitious literary commemoration. I also like that the inauguration of the Franciscans in the spring of 2021, an innovative place to share culture in Deauville, is hosting part of this commemoration. Six projects that Les Franciscaines / Deauville will share during this year «Flaubert 21», to which I wish a beautiful membership.

Le Havre joined forces with Flaubert 21 to make the writer’s bicentenary a landmark event. Public policy Lire au Havre, which since 2012 has invited readers to deepen their enjoyment of reading, has transformed the city into a territory of creation: in 2021, the literary heritage of Gustave Flaubert will be a source of inspiration for Le Goût des autres, l'Esadhar and the University. 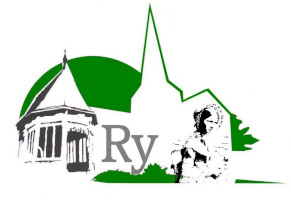 Get involved with the Flaubert 21 coordination?

It could not be otherwise in Ry, a typically Norman village, totally impregnated for several decades, by Flaubert’s most famous work: Madame Bovary.
For a long time, the "Comité Bovary" has been dedicated to highlighting the Flaubertian cultural and literary heritage of the municipality and organizes each year its Bovary Festival.

Our goal is to contribute to the diversity and modernity of Flaubert’s work in the heart of the rural world. 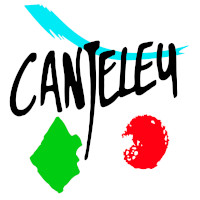 On the shore of Canteleu (Croisset) where he lived, Gustave Flaubert declaimed the sentences he had written while pushing his voice. For him, the perfect text was the one to be recited without clashing with the slightest word. His presence attracted other great names of French literature: Maupassant, Zola.

Today, the City has a beautiful imprint of the illustrious Cantilien: its library. Preserved at the Hôtel de Ville, it brings together literary nuggets signed by his contemporaries.

Jean Renoir (1934) and Claude Chabrol (1991) selected Lyons-la-Forêt as a representation of the fictional village of Yonville-l'Abbaye for the film adaptation of Madame Bovary. The city of Lyons-la-Forêt and the local cultural associations, supported by the Eure department, have strongly mobilized in events (interactive circuit, talks, screenings, exhibitions, etc.) that will mark the 2021 Flaubert season by evoking these shootings, their sets, the actors and the two generations of Lyon extras who participated in the films.